E-Commerce Is Globalization’s Shot at Equality

Globalization got a bad reputation in part because, by sweeping aside barriers to the movement of capital, labour and goods, it was perceived to have favoured large corporate interests over all others.

With the unfolding e-commerce revolution, however, a fairer and more inclusive balance is reshaping the global business environment to provide more room and opportunity for small businesses, especially those headed by women.

Today, small businesses – even one-person “social sellers” – can run as global entities thanks to the growing availability of inexpensive digital tools that allow them to source, ship, deliver, pay, collect and virtualize other key aspects of their operations. The fast-developing e-commerce ecosystem, which includes marketplaces, payment gateways and online logistics, is helping to reduce barriers to trade across borders.

Export participation rates for traditional small businesses (those that typically do not sell online) range between 2-28% in most countries. In contrast, 97% of internet-enabled small businesses export, according to the World Trade Organization.

Why is this a big deal? Because firms participating in global value chains see the strongest gains in productivity, income and quality of employment. A report by the World Bank points out that in developing countries like Ethiopia, firms that are part of global value chains are twice as productive as other firms. And in a broad number of emerging markets, companies that take part in global trade are also more likely to employ more women than others with more traditional, male-dominated business models. Female participation in the labour market, in turn, correlates strongly to societal gains in health, education and overall prosperity.

Put simply, e-commerce is creating economic employment opportunities for new sets of players. Amazon claims that the 1 million small businesses selling on its platform have created 900,000 jobs in the process. Alibaba’s Taobao, one of the largest e-commerce platforms in China, has 3,200 “Taobao villages” in rural areas where a significant percentage of the village is engaged in e-commerce transactions. No wonder then, that some non-governmental organizations and think tanks are touting e-commerce as a model for developing rural Africa.

When it comes to the gender effect of e-commerce, the research is still emerging and much of the data is localized, but early signs are promising. 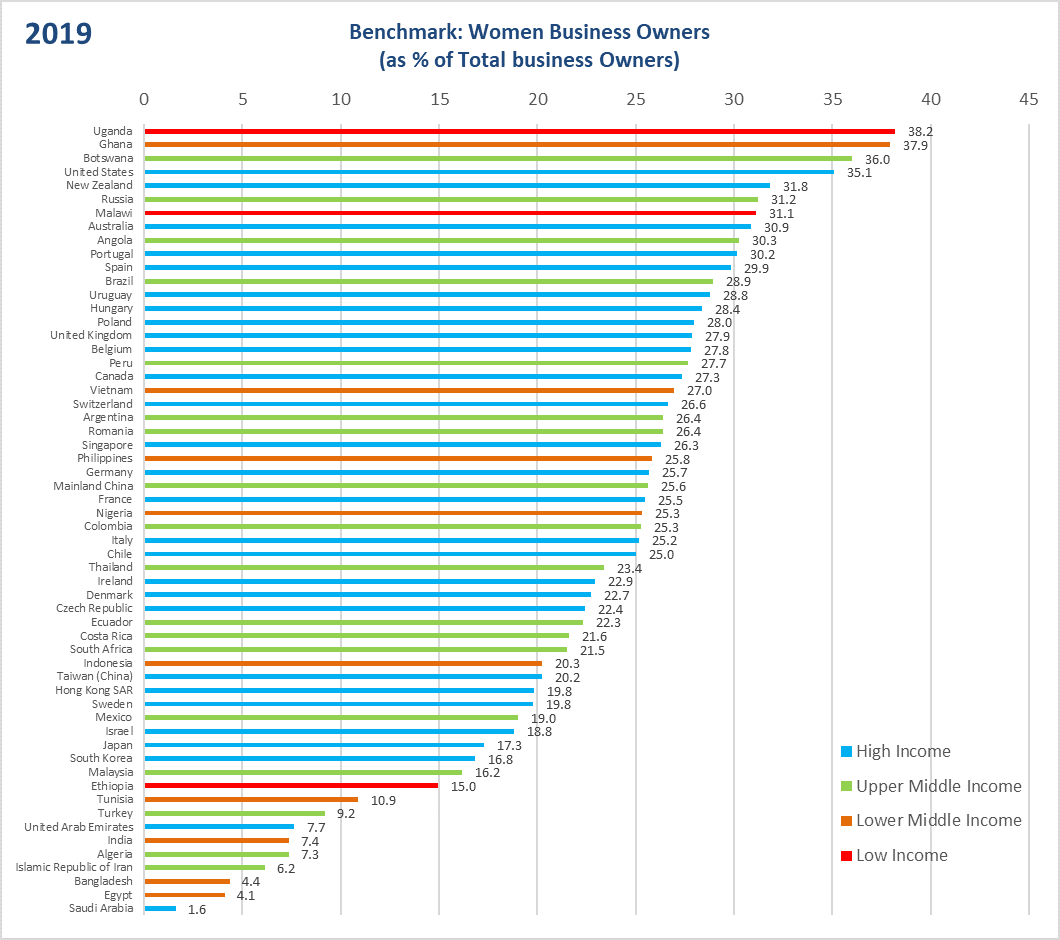 The International Trade Centre (ITC) has found that despite having less access to technology, women use digital platforms to their advantage. The head of the ITC says four out of five small businesses engaged in cross-border e-commerce are women-owned, while just one in five firms engaged in offline trade is headed by women.

Cross-border e-commerce is the fastest-growing segment of international trade, so all of this should come as welcome news for globalization’s critics and fans alike. More importantly, it can help change the two-decade narrative about opportunity, inclusion, fairness and balance in the global economy.

Technology and e-commerce are finally democratizing access to the benefits of global trade, helping globalization live up to its original promise of shared prosperity and growth.